Last season I had a megaphone ,but the problem with a megaphone is that it is only really designed to amplify your voice, so there is really no bass. This season I came up with the idea of powering a guitar amp through an inverter that is connected to a car battery. Why do I even bring these audio gadgets in? Well our student section isn't the loudest so, to pump up the crowd I knew I had to come up with some sort of audio system that is loud and connects to an mp3 player of some sort. So far the thing works pretty well. I have a brown equipment case that fits the car battery and inverter. The Guitar Amp has a speaker built in so I basically only have to carry these two pieces of equipment. I make it sound very simple.... but yes they allow me to bring this stuff in to a football game. Why would they let me bring a car battery in? Well security knows that I have no sinister intention so they let me bring it in and +  it definitely entertains the crowd... 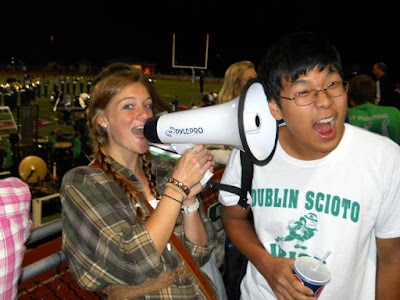 This was my idea for the 2012 season a speaker system that is much more louder!!! 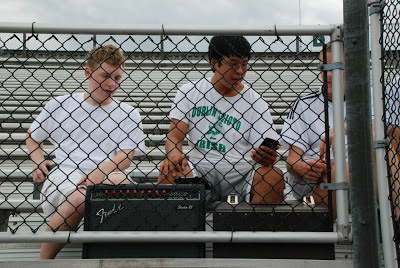 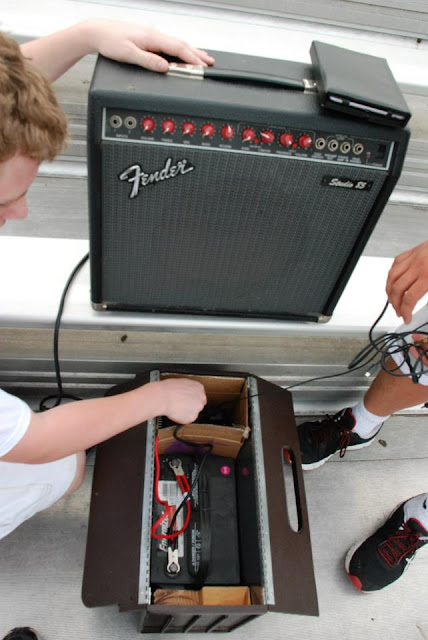 The picture below is of me under the during our school's 3rd home game, I was under the bleachers, because the only weakness of the amplifier is water, and it was raining very heavily. 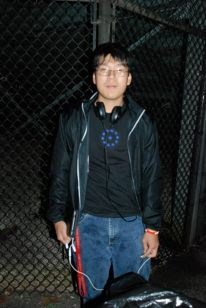 Also I provided the music for this performance of Gangnam Style at a football game when A marching Band member named Sori Song wanted me to play this song so he could dance to it..