Who Is Jeremy Hong? 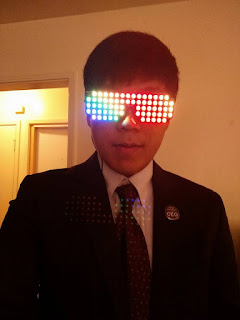 “The Hongger” and “DJ Hong”, is an American Electrical Engineer, Amateur Radio Operator, Disc Jockey, and CEO and Founder of Hong’s Electronics.
The company was founded in 2012 and it is currently headquartered in Fairborn, Ohio. He is also works part time as a consultant for the Wright State Electrical engineering department and is an engineering intern for an unnamed company in Dayton, OH. Jeremy holds an Amateur Extra Radio License, his call sign is KD8TUO.


Life and Career
The son of South Korean Immigrants, Hong was born in Columbus, Ohio, but his family lived in nearby Worthington, Ohio. When he was 3, his family had moved to Centerburg, Ohio where he spent most of his youth. His family moved to Dublin, Ohio in 2008 where he attended Dublin Scioto High School and founded his company Hong’s Electronics.

As a child, he had played with Lego construction sets and had a fascination and appreciation of math and science. In many of his interviews he has stated that it was not until he was the age of 13 that he finally got interested in engineering. He says that the movie Iron Man (2008) gave him the fascination and inspiration to pursue engineering. His father gave him his first soldering iron when he was 14. For two years he did not really know where to start and for this period of time he did not do anything electronics related. It was not until he turned 16 that is fascination with electronics began to take off. What began as a search for a solution became a hobby and career interest.

The problem he sought to solve was that his smartphone’s battery kept draining quickly. He searched and searched for an answer, but could not find an affordable solution. Out of desperation, he researched designs for a phone charger. He went to Radio Shack to acquire parts to build one, but something else caught his eye. It was an electronics kit, the Radio Shack “Electronics Learning Lab” to be exact. He would purchase the kit instead of the parts for his phone charger. He later would recall that his steep learning curve helped him improve as an engineer and like a sponge he absorbed all the information in the books that came with the kit. He read other technical literature, Wikipedia pages and other online resources.

By the beginning of his Junior year he could read schematics and assemble circuit boards. During his Junior and Senior years at Scioto he built a homebrew DJ system, that he would transport and use at football games. Hong joined his school district's robotics team (The Bad Robots: FIRST robotics competition team 1014) and this experience would give him the skills and confidence to start a website that would eventually become a business. In his senior year he became the co-leader of the electrical group on the robotics team. At the end of his Junior year he started his online company Hong’s Electronics. In the back of his mother’s alterations business he set up an electronics laboratory, which eventually became Hong’s Electronics headquarters. His webpage gets thousands of hits everyday from all over the world.
Jeremy graduated from Dublin Scioto High School in June of 2013, and as of September 2013 is attending Wright State University in Dayton, Ohio, and is currently majoring in Electrical engineering. He wants to specialize in the focus areas of signal processing and RF microwave. He intends to pursue graduate school at Wright State and study power electronics. In January he was featured in the FIRST robotics newsletter and this feature was an interview about how robotics helped him to become a business owner, as well as opening many opportunities such as working as a lab assistant for the Wright State electrical engineering department and Intern at the Discovery Lab/Air Force Research lab at Tec^Edge. He completed the 15 week Discovery Lab SATE (Summer At The Edge Internship. Where he worked on projects involving UAS (Unmanned Aerial Systems) and Raspberry Pi IOT (Internet of things) sensors. He is currently working on Raspberry Pi IOT sensors applications with the Discovery Lab's YATE (Year at the Edge) 15 week internship program.  Recently Jeremy, has worked at various companies in the Dayton area, and is a consultant for Wright State's electrical engineering department.